A History of the Headshot: Anastasia Pantsios and Bridget Caswell 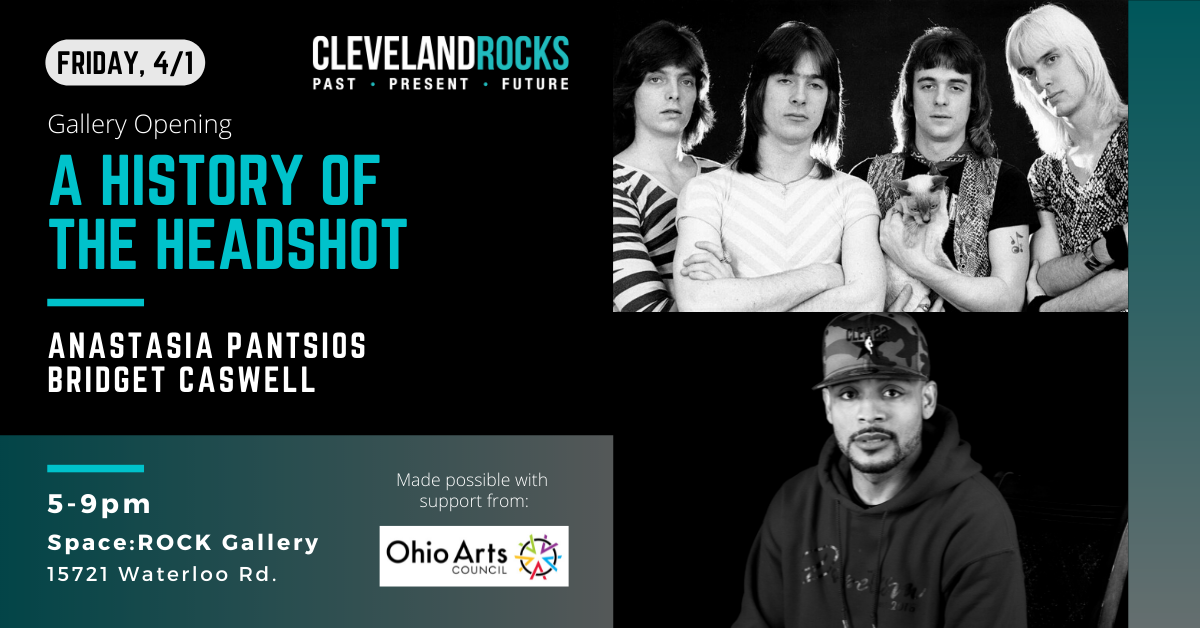 Every band or musician should have a promotional headshot. In the old days, a photographer like Anastasia Pantsios would be hired to take a few dozen shots in her studio or out at an interesting backdrop. The band would pick a shot from a proofsheet and the negative would be enlarged and printed with a logo as an 8×10 official promo shot that would be given to the press or added to a package handed to venues or promoters so you could look professional enough to be hired. Today you still have to have a good headshot but it’s done digitally and stored on your website or in an EPK (electronic press kit) for press and promoters to grab. This display at Space:ROCK Gallery shows both old and new school images. Anastasia’s work included DEVO, Michael Stanley, Spudmonsters, The Generators and many more. Bridget Caswell recently photographed a handful of aspiring locals at our workshop on March 20 and represents a younger generation of music-loving photographers ready to snap a digital image. We will have a few other more recent images and are compiling a list of available photographers as part of this project.
Thanks to the Ohio Arts Council for the support to make this possible.