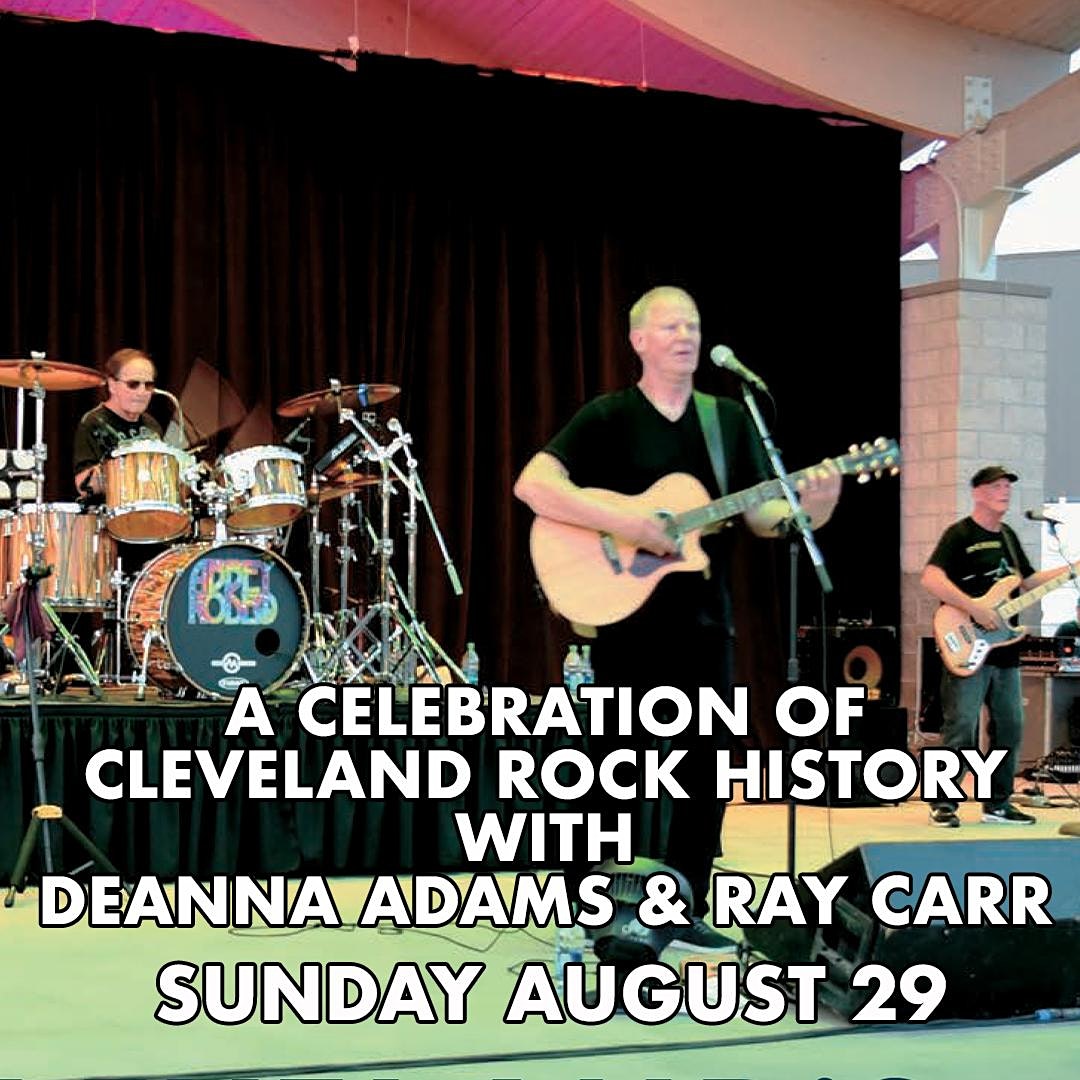 About the Book, Cleveland’s Rock and Roll Venues

Cleveland has always been a music town. And thanks to Cleveland deejay, Alan Freed, who booked the first venue for rock enthusiasts, music fans have never lacked for places to go see their favorite acts perform in person. This book honors the astute owners and their venues— from yesterday to today—that present fans with the music they crave. The early clubs helped usher in Cleveland as the designated Rock and Roll Capital of the World. Today’s venues continue the tradition, thus ensuring that music lovers of all ages, and attitudes, get to enjoy their rock and roll on the North Coast, with all its variety and talent. Because of them, musical memories keep on being made.

Deanna and Ray will conduct live interviews with many who helped make Cleveland THE Rock and Roll Capital of the World. Hear the music of many decades, see photographs from Deanna’s new book, and hear lots – and lots – of Behind-the-Scene Stories!

Some of those who will be on hand to tell their stories are Janet Macoska (whose many photos are included in the book), David Spero, Billy Bass, Jim Bonfanti, Jim Quinn, George Sipl, Alan Greene, Tommy Rich, Butch Armstrong, Steve Jochum, and Jennifer Lee

Doors Open: 12:30. Books will be for sale, with Deanna, Janet Macoska – and anyone who wants to be available for signing books.

*Ray will be playing music as people come in.

1:30 – 1:55 – Bring up David Spero and Billy Bass to talk about their radio careers in Cle. *And bring some good stories!

2:00 – 2:20 – Note for Musicians: We’ll play snippets of your songs and discuss them (hearing them on radio, clubs fans saw you at), and show fun photos. At approximately 2:20, we’ll bring up musicians – they’ll be a chair on stage set up for you.

We’ll continue to flip through some band photos on the screen behind us as each of you talk.

3:30- 3:45 – Wrap up with Cindy Barber (On Cle Music Scene today, clubs, and also Cleveland Rocks: Past, Present and Future)