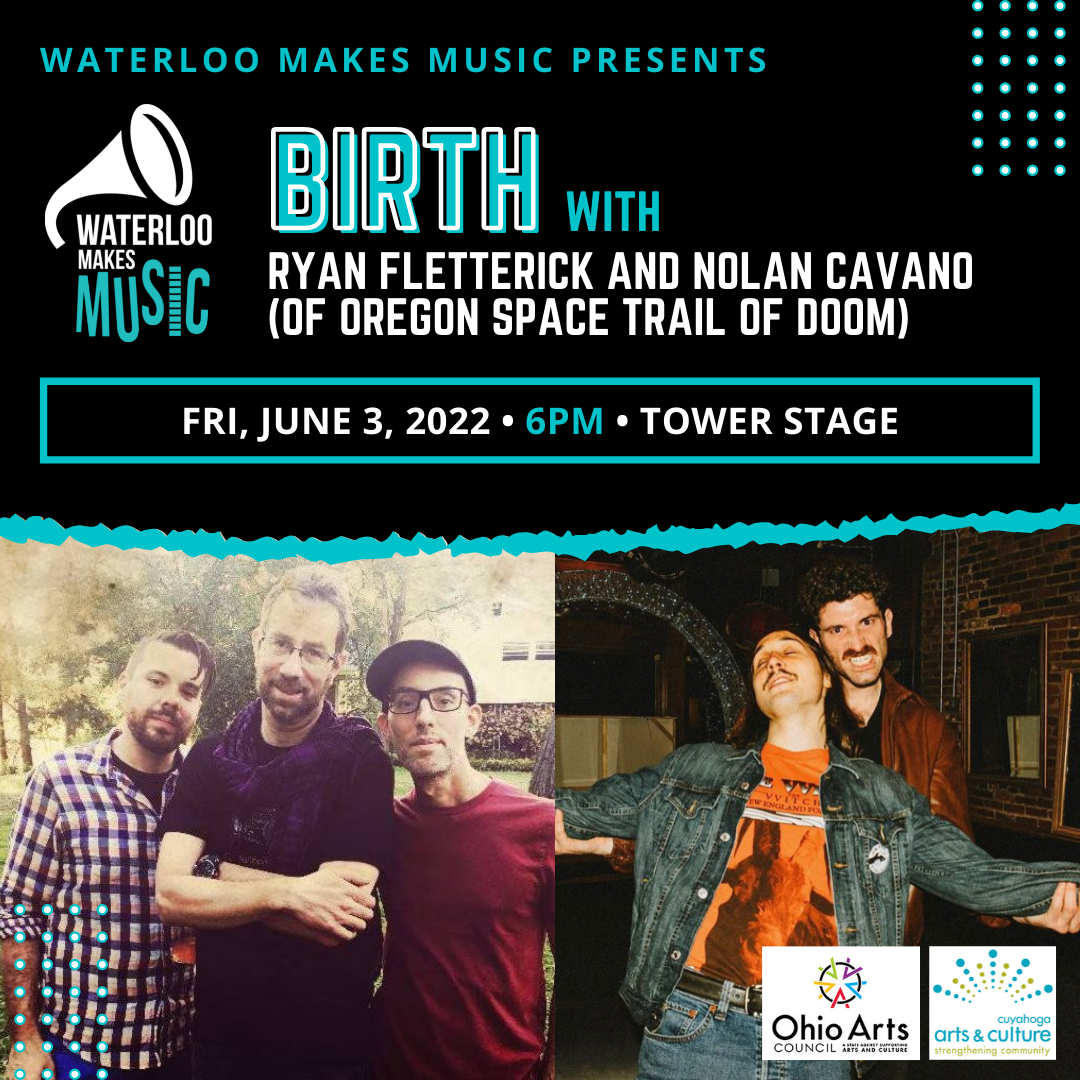 Waterloo Makes Music (WMM) is a free concert series, programmed by Cleveland Rocks: Past, Present, Future, as a gift to all the music lovers in the community, and a celebration of Cleveland’s amazing musical legacy. Held in the Waterloo Arts & Entertainment District, the Tower series features local Waterloo area bands/musicians.

Birth:
Formed in 1998, BIRTH, the Cleveland-bred saxophone, electric bass, drums trio, carved a musical niche with the sound of their no-holds-barred creative music. Bringing together elements of free jazz, electro-acoustic improvisation, rock and melodic balladeering, this group defies convention, and executes its music with precision, and emotive mastery.

“While en route to the cosmos, the Oregon Space Trail of Doom spaceship crash landed on the Satellite Europa. It seems that their ship suffered from a faulty ABS system and was unable to brake in time before crashing, but we all know that Tony the drummer really just wanted to see if Europa was inhabitable. Well, Tony got his wish because just below the radiation laden surface of Europa there was enough Oxygen to supply 7.8 billion people. Stunned but not phased, Tony ventured off on his lonesome to see if he could fetch some water. Just then, a giant ice storm appeared and all four band members dispersed: Trevor sought refuge beneath a slab of ice, while Tony… Disappeared completely. Fortunately Nolan Cavano and Ryan Fletterick were able to escape by changing the fuse to the ABS module and ultimately getting the space shuttle back on track. Knowing they had left Tony and Trevor behind, Nolan proposed they head back to Earth to try and gather funds for a rescue mission. Well folks, this gig will solely fund that rescue mission, and without further adieu I give you the strong, welcoming talents of solo acoustic sounds, Ryan Fletterick and Nolan Cavano from the band Oregon Space Trail of Doom. Two guitars, a harmonica, and two voices to save their beloved drummer and bassist. Will you help out with the mission? We need them back…”

The WMM Series is made possible with support from The Ohio Arts Council and Cuyahoga Arts & Culture.