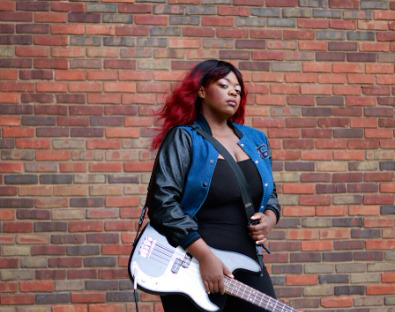 Cleveland Rocks: Past Present Future has been creating free public concerts in the Waterloo Arts and Entertainment district for the past 4 years and we are back at again in 2021, as we all emerge from the COVID shutdown of the past 14 months. The impacts of COVID-19 have been dire for working musicians and the music industry as a whole. Last year we had to pivot and do virtual concerts, but were able to pay our scheduled musicians and actually help expand audiences because of the added online reach. This year we hope to do both live and live streaming.

This month’s event will feature Erin Neal and the Chill Factors and the Non Bruises.

Join us in person for this free event (standing room only) or watch the virtual livestream.

Non Bruises: non bruises are locals Elliott Hoffmann (drums), Carol Schumacher (bass/vox), Andy Stibora (gtr/vox), and Mike Uva (gtr/vox). non bruises is a real team effort, representing both east and west neighborhoods in our fair city. non bruises write songs on the fly and title them impulsively. Drone-y, chime-y, bend-y, space-y, non bruises puts their collective ear to the ground for sweet hooks, tangled guitar lines, and propulsive rhythms. non bruises hope to inspire others to start a band with friends, hang out, and make music. it can be a fun and healthy activity!