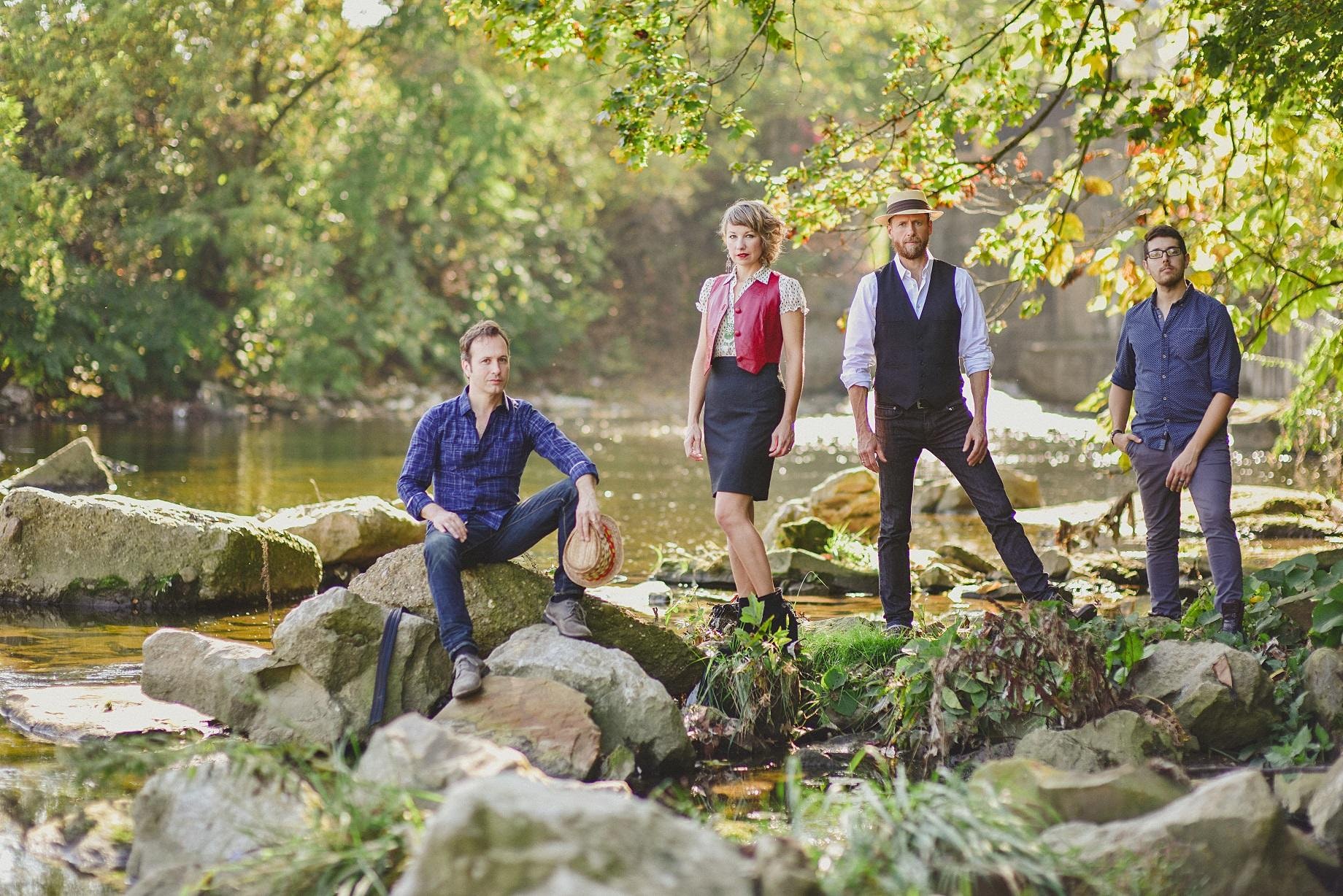 For eleven years, Northcoast Americana band Hey Mavis has been weaving a musical tapestry of heartfelt vocals, honest songwriting, blazing instrumental solos, and an undeniable onstage musical chemistry. Banjoist/songwriter Laurie Michelle Caner and violinist/fiddler Eddie Caner formed Hey Mavis while serving as artists-in-residence in the Cuyahoga Valley National Park. Producer Don Dixon (REM/Smithereens/Red Clay Ramblers) “discovered” the group on a Michael Stanley Christmas compilation CD and went on to produce their first two albums, both of which hit the top 10 on the national Folk DJ-L radio charts and amassed favorable reviews across the globe. Hey Mavis has appeared on NPR’s Mountain Stage, NPR’s Whad’ya Know?, IdeaStream’s Applause, PBS’s Songs from the Center, and was hand-picked by Melissa Etheridge to be one of the headliners for her 2018 music cruise. The group has performed standing-room-only shows at the Xerox Rochester International Jazz Festival as well as fourteen consecutive sell-out concerts in their hometown of Akron Ohio.

Cleveland singer-songwriter Hannah Stak has gone from a broke college student to a big player in the city’s music scene, hosting open local music events and creating her own mix of lighthearted songs.

Tickets sold by table only in groups of 2- 6 people for maximum occupancy and safety.

All patrons must wear masks upon entry and throughout the club, unless actively eating or drinking. Once you are seated at your table, you may kick back and relax, but moving around the club, in any capacity, will require your mask – and yes, that means over your nose and mouth.

The Grog Shop is committed to keeping a fun, but SAFE environment for our customers and staff!