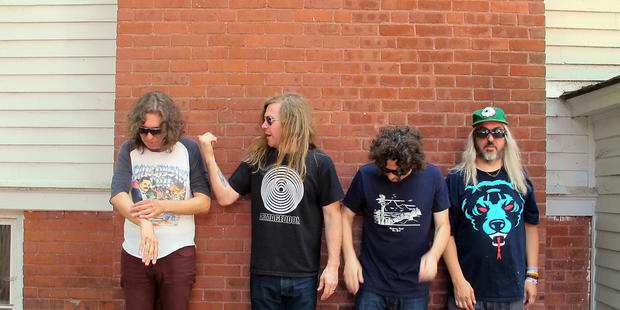 FRIDAY NIGHT JAMS
Music lovers unite. We are so stoked to offer a killer Friday night line-up this summer on our Rock Hall Live Stage. Tickets range from $20-$40. Let’s party.

The group has been lauded by Rolling Stone, Esquire, USA Today, NPR, Salon and Mojo, which called it a “Venn diagram of melodic power-pop” in a four-star review. Spin called Sweet Apple “one stomp box in the power pop of their youth, one in the heavy indie thud they invented.”

King Buu is a Cleveland, Ohio based rock band formed in 2016. The band’s fast paced, lively performances viciously mix the familiar rock & roll elements of yesteryear with a frenzied array of whatever else the group fancies in that moment. With influences including science fiction, bad television and the wild west; the audience can expect noisy garage rock tunes to turn on a dime into doo-wop, psychedelia or bubblegum pop at any moment!